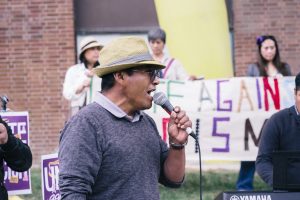 The Migrant Workers Alliance for Change (MWAC) is Canada’s largest coalition of self-organized groups of migrant workers, with the support of grassroots organizations, unions, faith groups, activists and researchers that have come together to fight for justice and dignity for migrant workers.